¡Surprise records! What is this marvel? A total surprise! Look what you can find in the best record shops, in this case, in Dientes Largos  in Pamplona, Navarra, at the 45th Jarauta Street, run by the wonderful Kike Crespo!

The surprise records are special editions of 7″ vinyl records that were given as gifts by Bodegas Domecq, especially for Christmas, to their customers who bought the “cognac” Fundador. Yes, of course, today it’s called brandy, but in those days it was called cognac!

Be aware! Once again, grapes and music high five!

The campaign started in 1962 and lasted until 1973 and a catalogue of more than 250 7″ records was published, some of which had prizes engraved on the record! You could win a car or a TV, a record player, beauty products, or watches.

If you got the prize on the record, you had to show up with it at Bodegas Domecq to exchange it for your prize! A little bit like Willy Wonka with the golden ticket – marvellous! 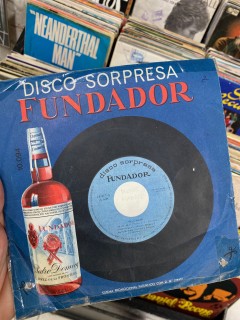 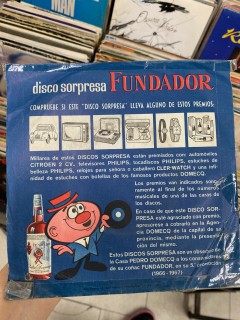 If you find out a surprise record, you are in front of one the most analogue and historical ways of beverage marketing through music.  Certainly a way a lot more fun than creating algorithmic campaigns on facebook and co. Ouh Yeah! Somewhat-real-rhythmic campaigns are much better! 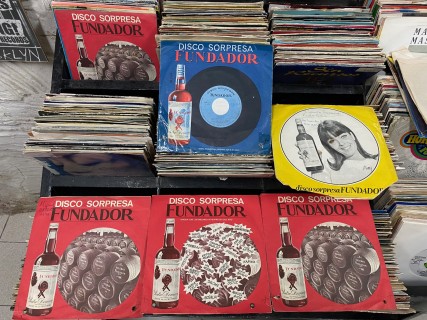