Last summer it was time for me to visit the Grisons, yes! It is close by and its wines have impressed me for a long time.

The region of the Grisons (or Graubünden) is the Swiss capital of Pinot Noir, no offence to any Valaisan, but the freshness and delicacy of Pinot Noir in the Grisons stands out above all. Grisons is also the easternmost Swiss canton, the most extensive and the least densely populated, and where nature is undoubtedly the protagonist, surrounded by mountains and valleys. For many, it is the “Swiss Burgundy” that stretches along the Rhine River from Bonaduz to the village of Fläsch. For us, Grisons has a personality of its own, and for that, you only have to take a walk through its vineyards.

Grisons has about 400 ha of vineyards in total, and it’s Switzerland’s 10th largest wine producer, with an average of 80% red wines. Beware that they also produce super interesting white wines (from Chardonnay and Pinot Blanc) and they also have a wonderful indigenous white grape variety which is a hidden gem, called Completer.

The main wine growing region in Grisons is the “Bündner Herrschaft“, which includes the villages of Fläsch, Maienfeld, Jenins and Malans.

Then there is the Rhine valley of Chur “Churer Rheintal“, and finally “Le Mesocco“, a small vineyard area near the Ticino (Italian part of Switzerland).

These alpine valleys which form the Grisons have been formed by the Rhine Glacier, and have a very interesting soil, with lots of clay, granite and limestone. An average altitude of 600m, and the protection of the Foehn wind (from the German “Föhn”) is a dry wind, which warms up as it descends the mountain range. This no doubt helps the Pinot Noir to ripen.

Our first visit is to the creators of the wine Pilgrim, Möhr-Niggli Weingut in Maienfeld, the winery of Matthias Gubler and Sina Möhr. 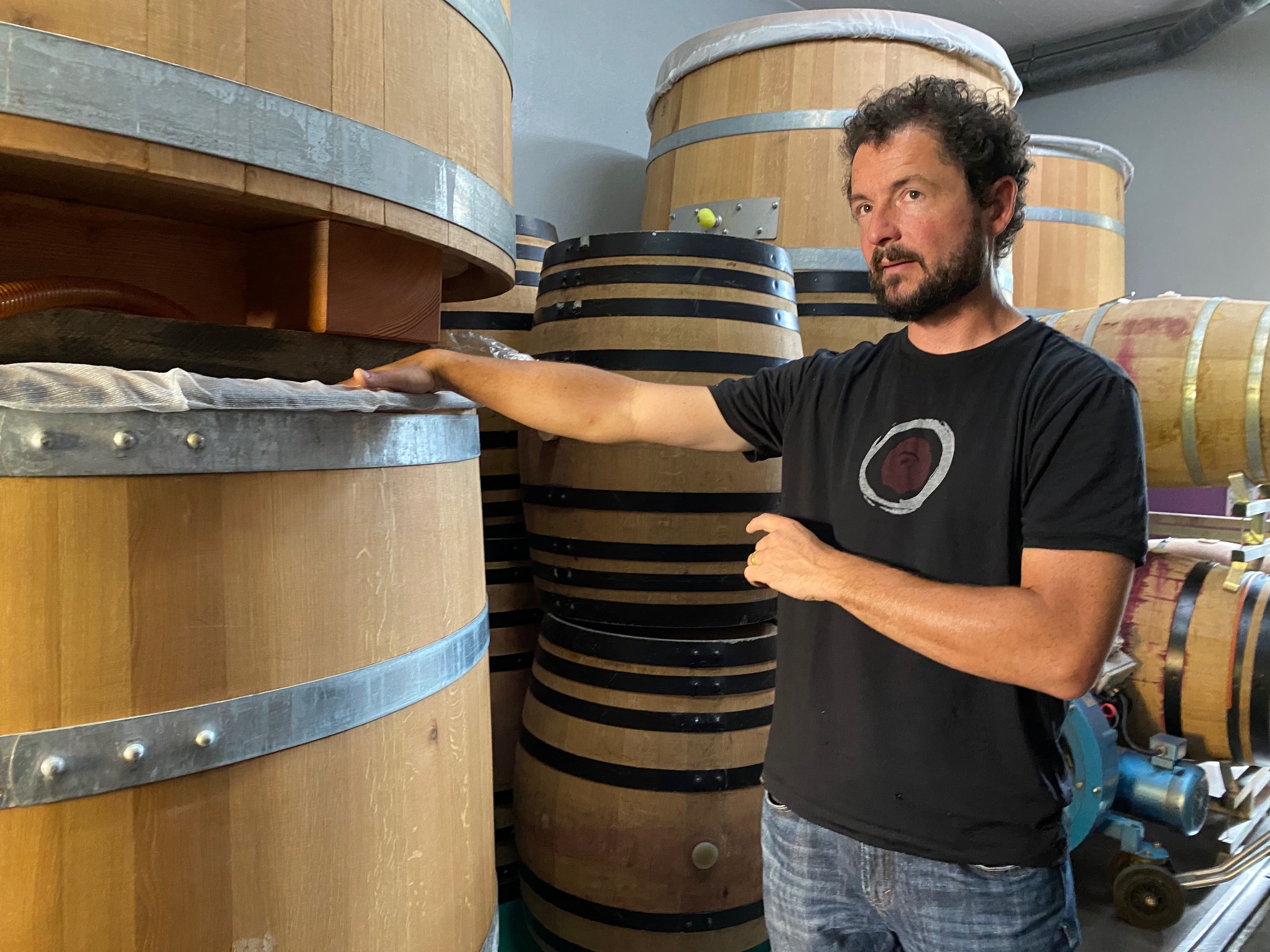 Matthias welcomes us and we are so ready to start a face-to-face encounter with the producer. We are very excited when he asks us if we would be interested in tasting directly from the barrel with him. And the answer of course is: Yes!! It’s like a chef passing you the spoon from the pot to taste his unfinished creation. Not everyone is prepared for such an honour, and you have to be a dedicated and open-minded wine lover, not to judge the wine by its current state, but to assess where it is and how it will evolve, to sense it, to listen to it. In any case, what an absolute opportunity and what an incredible reception.

Möhr-Niggli Weingut is a family winery, a hand by hand work between Matthias and Sina. They previously worked in Italy, France, Chile and in California, until they returned to work Sina’s family vineyards, hence the name of their wine Pilgrim, as wine pilgrims, starting the first selection of vines in 2008. Matthias explained talking about the hail: “I saw the storm approaching on Thursday … It’s not the end of the world, it’s not over yet”. This is the post-covid and pre-harvest feeling, a constant struggle of observation and decision. There are always setbacks, you have to be prepared and observe all the time. 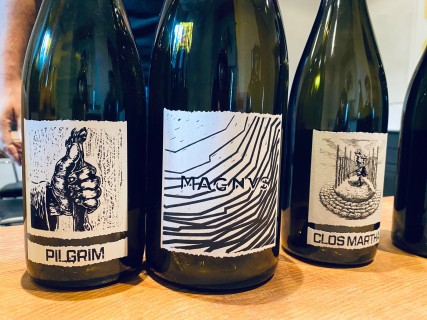 Magnvs 2018 : An absolute bomb, a parcel wine, calcareous soil, and we tasted it from the barrel. A super powerful and crazy Pinot Noir, only available in Magnum, because in 1.5L, everything tastes better. Something made in small quantities. Huge keeping potential.

Clos Martha 2018: A floral and delicate Pinot Noir, limestone soil, ready to give pleasure, very juicy, with lots of black fruits and a nice surprise. About 1000 bottles per year. 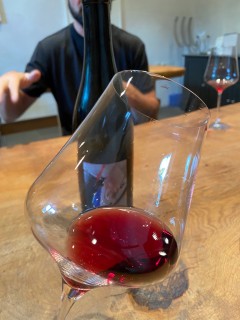 Pilgrim 2018: One of their first creations and a powerful Pinot Noir, full of colour, with an intense aroma of violets, freshness, balsamic and toasted notes, all intertwined as in a wonderful melody. Pilgrim is between 6000 to 8000 bottles, depending on the year. I have to admit that it is the first wine I discovered from this winery thanks to Mövenpick Vins and it is one of the Grisons Pinot Noir that has impressed me the most, for its dynamics, power and elegance. And comparing it with the king of Grisons, Pinot Noir Gantenbein, I choose  Pilgrim! Because I don’t have the patience to keep a Gantenbein for so long, and because Pilgrim (as a wine) has opened up to me showing what is there, what it has, without beating around the bush, and for me that is something magical. Moreover, it also has a long ageing potential and the price it has for the pleasure it gives is in much more harmony. Pilgrim costs less than 50 Swiss Francs and Gantenbein is closer to 150 Swiss Francs. 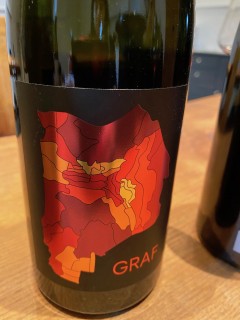 Graf 2018 : A Pinot Noir from sandstone, with a lot of freshness and another dimension, inside and outside.

Have I mention that most of the Grisons wineries work under the rules of Biodynamic agriculture and so does Pilgrim? Now you know!

Thank you so much for everything, Matthias and Sina, we are now even more fans of your work and your wine creations. Follow them on instagram here: @thepilgrimage2008 to know more about them and see the wonders of the Grisons through their eyes.