In Madrid at the 1991 Gourmet Fair at sunset on the first day, the show was about to close and in front of our stand, Carlos. It was our first fair and I did not hesitate, I left the stand, I approached him and I told him the illusion that we had to introduce our wines to the Guelbenzu EVO and the Guelbenzu of 1989. He taste them with attention and his words about our wines were very gentle to us. The next day we returned the visit to his stand, we tasted his wines that we loved, we chatted about vineyards and wines and since then an excellent relationship emerged.

Carlos was not a distant person at all, but tremendously nice and approachable because he was passionate about his work, about sustainable agriculture. He had passion, and he also had knowledge, he was a visionary and he was one of the ones who fought the bureaucratic system of the appellations of origin the most and decidedly bet on the “Vinos de Pago”, because he took another step in the seriousness and rigor to get the most out of what nature is capable of giving. A great wine is always the result of three elements: a land (terroir), a certain climate and the passionate effort of the men behind them, of those who know how to get the most out of each vintage, from each vineyard, with the aim is that when someone will taste a bottle they will be surprised to discover what it is. 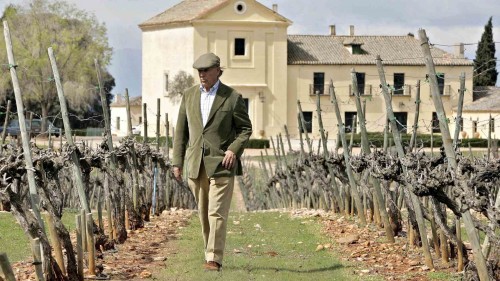 Let remember that the nineties were the rebirth of many small wineries with a true vocation to recover the great Spanish and European winemaking tradition of making wines with soul, rooted in the land, which made it possible in 2000 for a group of small producers of “Vinos de Pago” -that is, made with their own grapes, from a single vineyard- from the two Castillas met under the impulse of Carlos Falcó to vindicate the personality, the individuality that defines “vinos de grandes pagos” and to extend their culture, barely born, by Spain, founding “Grandes Pagos de Castilla” and helping the Central Administration to pick up in its new legislation – new Wine Law – the reality of the “pagos”, a new concept that strengthened and extended the first-rate wine culture .

This non-profit association, of a civil nature, was transformed in 2003 into “Grandes Pagos de España”  (GPE) to respond to the interest of many colleagues from other areas of the country to promote the concept of “Pagos” and the pursuit of excellence through the direct relationship between each wine and the place from which it comes. From the first moment, Carlos Falcó and Víctor de la Serna contacted the Guelbenzu family so that we could join, and to transform the association throughout the Spanish sphere. At that time I got to know his “Casa de Vacas” and “El Rincón” farms. He was always a perfect host. It made you feel welcomed by normal treatment, food, etc … 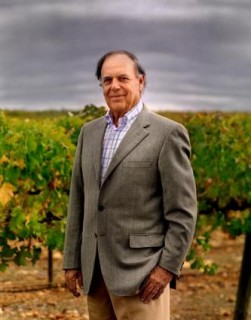 Carlos also came to see our winery in Cascante. He had a lot of sympathy for Navarra, he remembered his time as a boarding school at the College of “Lecaroz de los Capuchinos”, in the Valle del Baztán where he was at school and had good memories.

Carlos presided over the Association, with good sense and always proved to be a person open to collaboration and learning. He supported the formation of a Knowledge Network, where we managed to hold meetings with the technicians of the wineries to detect issues of common interest, exchange of experiences, etc.

We always treat each other with great respect and admiration. He was very kind when he wrote the foreword to the book, “GUELBENZU, A proper path in the world of wine” and he came to Pamplona for the release of the book in late 2004. 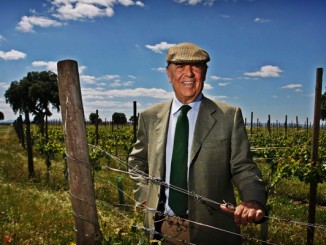