A vertical wine tasting can be an invitation to tell jokes, such as : taste all the wines without spitting them out until you are horizontal ! But for most wine-nerds a vertical tasting means tasting several vintages of a particular wine, in this case we’re tasting a Californian wine called Continuum, from 2011 to 2016, tasting held on the 4th of March 2020 with a select group of wine lovers, at the cellier Mövenpick Meyrin in Switzerland. (wait ! horizontal wine tasting concept also exists, and it’s just just tasting wines from the same year) 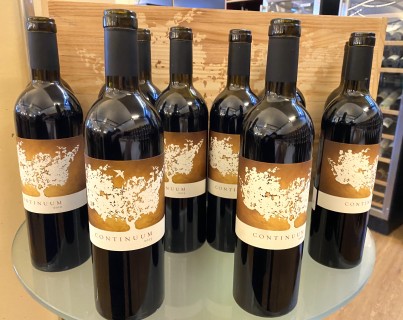 Continuum comes from Latin, the language that I really enjoyed learning at school. Language used by the ancient Romans, it was the most important cultural instrument that educated people in many European countries for several centuries. Continuum means “a continuous sequence in which the adjacent elements are not noticeably different from each other, but the extremes are quite different”.  Then it’s a continuity ! But it’s not exactly the same ! It’s an evolution rather than a revolution ! Something similar but different !

Today Continuum is also the name of the iconic wine created by Tim Mondavi (son of Robert Mondavi). A single wine from a single state in Napa Valley California. We are in front of a Bordeaux blend, located up Pritchard Hill on the eastern part of Napa, rooted onto red volcanic soil, and facing west and south, as the best Burgundian vineyards do. 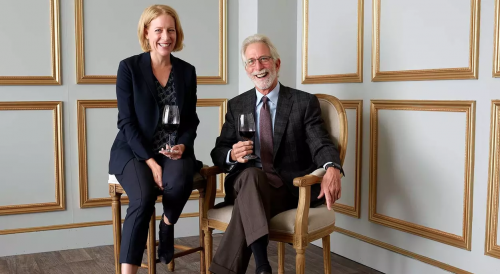 Carissa and Tim Mondavi of Continuum, daughter and father

Mondavi is not only a family of great influence in the American wine industry, it’s also family with a worldwide recognition and a very well deserved one. In the world of wine it happens like in the ocean, big fishes eat smaller ones. And to snack on Mondavi you need to be one of the biggest. In 2005, Constellation Brands bought Robert Mondavi’s Corporation, and this was the moment when Tim Mondavi decided to pursue his own way making his own wine from Continuum State.

The most exciting thing about a vertical tasting is that we are faced with connecting with ourselves, with what we enjoy the most, wondering why, and evaluating our taste, as well as the wine itself, trying to estimate which wine is ready to drink and which wine has the potential to improve over the years, and it’s therefore a wine to keep.

It was very exciting to acknowledge that we all had different preferences, below are the main features of my tasting notes : 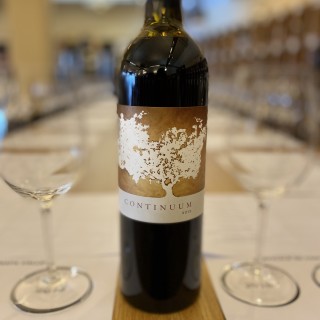 Continuum wine has been reducing the percentage of Cabernet Sauvignon grape variety over the years, giving a bigger role to Cabernet Franc and Petit Verdot together with Merlot. That’s why we tasted in 2 steps : from 2016 to 2014, and from 2013 to 2011. Check more info about the wines and vintages at Continuum Estate.

I highly recommend that you organize a vertical tasting at some point in your lives, it’s something mystical ! It can be done from any wine and you would need at least 3 vintages to make it interesting. If you have difficulty finding bottles, contact the winery directly, as the normal thing is that they will provide you with the bottles.

There is a nostalgic and powerful feeling about doing a vertical tasting, understanding the time that passes and stopping it for a moment is something magical !, while enjoying this wonderful drink we are imprinting this moments on our minds and hearts forever. 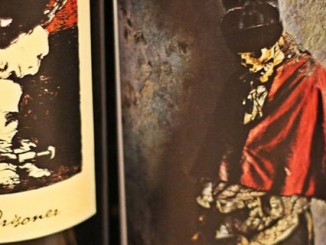 The rising of a new californian star?